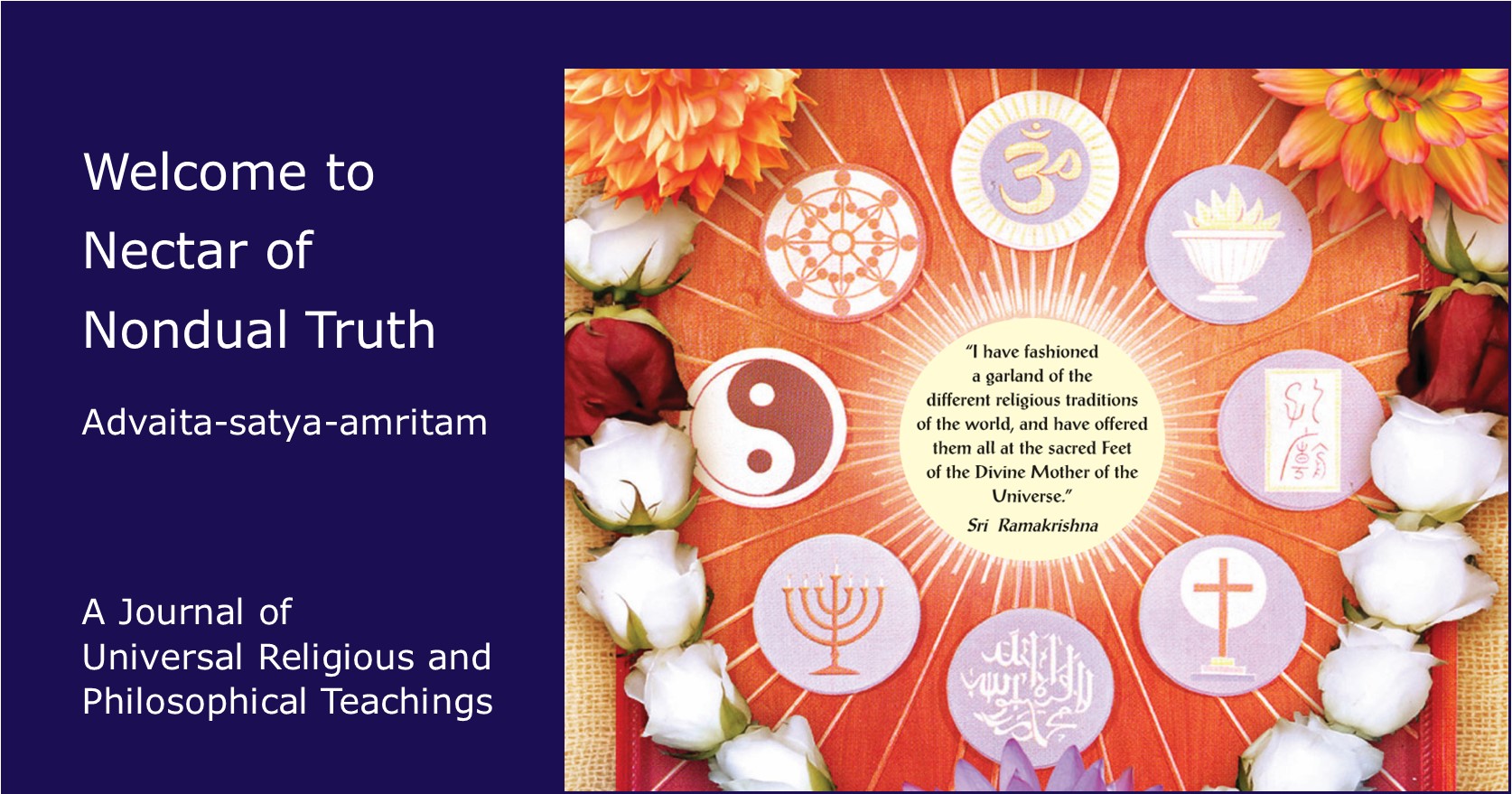 Nectar is a heartfelt offering to aspiring humanity. The material gathered herein is designed to lift the mind up to the spiritual heights where body, world, nature and dual mind are seen as they truly are — vehicles for indwelling Consciousness — rather than as the only reality.

Each issue of Nectar contains articles on the philosophy and spirituality of Vedanta and other religious streams, penetrating into their essential teachings and practices, and placing special emphasis on the nondual, advaitic, aspects. It is this nondual foundation of religion that makes the harmony of religions possible; it is the Unity in the diversity. Merely accepting universality is different from actually understanding it. Advaita is the key.

At the basis of Advaita as the philosophy of Shankara and his gurus, there is Advaita as experience. Advaita as experience represents that supreme place where all diversity merges in its Essence. It is not combatant or immiscible with qualified or dualistic approaches, but rather provides them their place of consummate arrival. Where actual practice rather than mere book learning is emphasized, where religion, philosophy and spirituality are not separate from one another, where knowledge and love, reason and devotion, are never divorced from each other, there does the truth of authentic nonduality effloresce.

Historically speaking, experiential Advaita originated with the ancient Rishis. The Upanishads contain the nondual truths of the Vedas which declare:

idam mahabhutam anantam
aparam vijnanaghana eva
"This great Being is endless and without limit.
It is a mass of indivisible Consciousness only."

Sign Up Now
For Email Marketing you can trust.